–  The Cape Peninsula Tour will take you along the Atlantic Seaboard, passing the beaches of Clifton and Camps Bay – which have been awarded Blue Flag status. These beaches offer pristine white sand and beautiful clear water (if slightly cold), that have made them very popular with locals and visitors alike. The tour continues, passes the Twelve Apostles Mountains on it’s way to Hout Bay, along Chapman’s Peak Drive.

In Hout Bay – a small fishing village often jokingly referred to as “The Republic of Hout Bay” by the locals; you will find a pristine beach, fresh fish market and plenty of restaurants to choose from, you will also have the option to visit Seal Island – where you’ll see hundreds of seals, sunbathing on the huge island rock and cavorting in the water.

Chapman’s Peak drive – A very dramatic and windy coastal drive which 9km along South Africa’s Atlantic Coast, some say “the most scenic drive of their lives”.

– Cape Point and the Cape of Good Hope Nature Reserve is one of the most famous landmarks in Cape Town, and for good reason. Situated on the very tip of the peninsula, with the Indian Ocean on one side and the Atlantic Ocean on the other, the area spans a landscape that has rugged cliffs, lush fynbos, and vast open spaces – no Cape Town tour is complete without a visit to Cape Point.

Penguin Colony & Simon’s Town – where a parade of penguins waddles between rocks or on the white sandy beach.. Watching these adorable flightless birds is diverting and very calming for both young and old.

The Cape Peninsula Tour will continue along the Main Road of the quaint hamlet Kalk Bay – nestled between False Bay on one side and the mountain on the other. Along Kalk Bay Main Road lies a host of veritable treasure troves, from antique shops to costume shops, bakeries, restaurants and plenty more.

Continuing further to  Muizenberg  – a world renowned surfing spot; where locals and visitors alike, come together in appreciation of the wonders of the sea. Shark-spotters keep a close lookout for any potential danger roaming the bay.

This tour is not available during The Two Oceans Marathon.

Departing from Cape Town, we will take you along Victoria Road, from Sea Point to Llandudno. You will go through Clifton, with its luxurious houses and just below, four beaches each having its fans. For example, the second one is most popular for students and sportsmen, whereas the fourth one, easiest of access is more for families and an older population. Just after, Camps Bay is a stunning place, well known for its beach surrounded by the Twelve Apostles Mountain Range. This is a nice place to relax during the day and lively at night with bars and restaurants. You might have the chance to see surfers on the right side of the beach.

At the Atlantic Ocean’s edge, Llandudno is an amazing beach and a surf spot. Just after you will stop about an hour in Hout Bay, a charming harbour where you can savor one of the best Fish&Chips in the world. The other main attraction is the seal’s island called Duiker Island. You can decide to go on a cruise in order to see the playful and diverting animals in their natural environment or to stroll to the harbour and its market.

Noordhoek is a charming village, literally meaning “North Corner”, located below Chapman’s Peak and is well known for its horse farms. Its wild and protected beach is also an attractive feature, especially because it is a place near Cape Town where it is allowed to go horse-riding.

False Bay or “Valsbaai” in Afrikaans, is an ideal place for people looking for tranquillity. At the Cape of Good Hope, on one side is the Atlantic Ocean, and on the other side, False Bay. Have a look at the color difference in the sea to find the border between the two. Technically, it is still the Atlantic Ocean, but the water on the east side receives hot streams from the Indian Ocean. However, the water is still cold, even for the most courageous…

Cape Point is a magical place immersed in history and legend. This must-see offers an amazing view, overhanging the ocean several hundreds of meters high. Breathe deeply the clean air! You can go the red and white lighthouse located at the top of the Da Gama Peak, at 249 meters above the sea-level. It is easy to reach by foot or with “The Flying Dutchman” Funicular.

It represents a 7,750 ha area inside the Table Mountain National Park. It has a rich biodiversity, so perhaps you will be lucky enough to see bucks, baboons or zebras and several of the over 250 species of birds. Driving on the bumpy roads through the park, enjoy the wonderful landscapes and the beautiful light. Of course, don’t miss the stop and the traditional photo at the famous Cape of Good Hope.

Taking the M3, toward Cape Town via Muizenberg, you will see the colorful beach huts. Reputedly, it is the birthplace of surfing in South Africa, so is a special place for all those who want to try this sport. It is a lovely place during the summer and the beach is very much appreciated by local people and tourists for swimming. 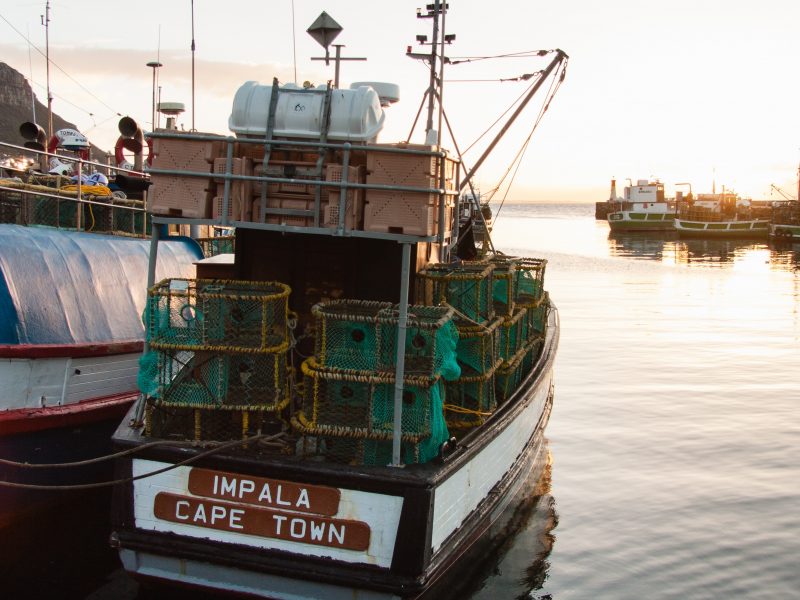 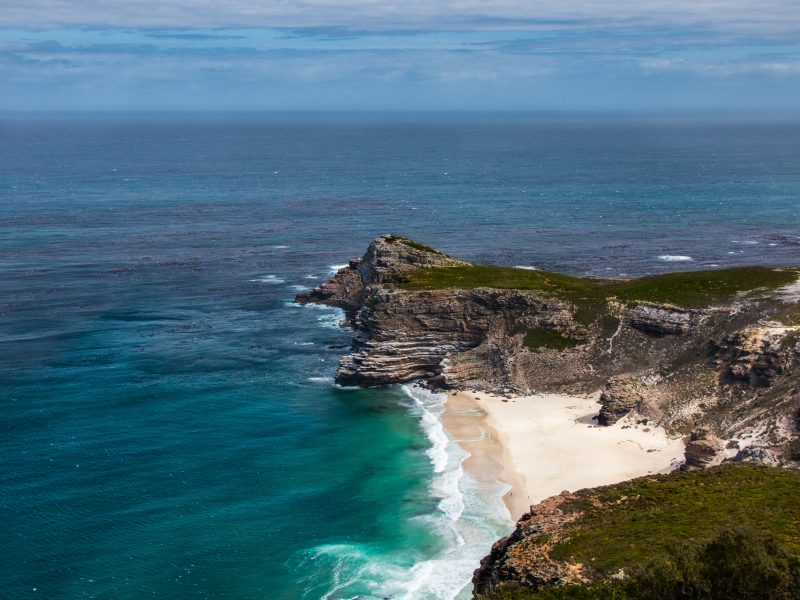 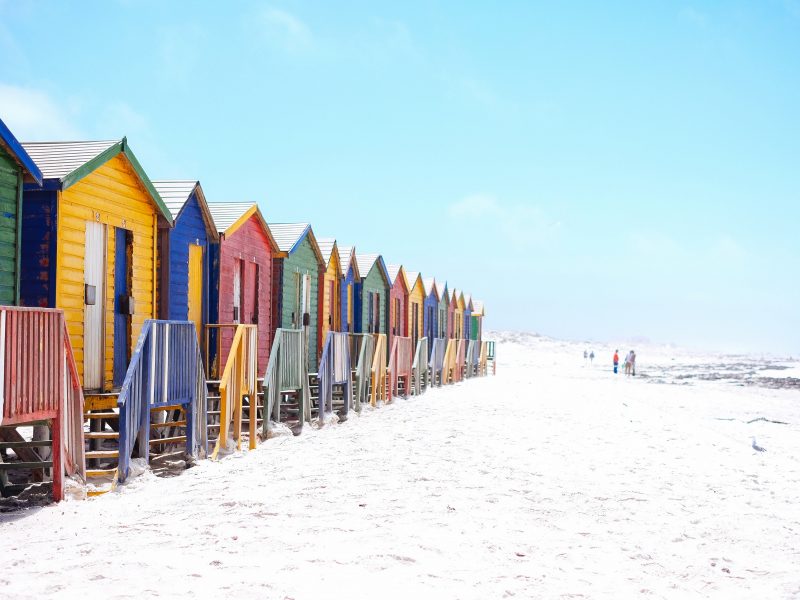 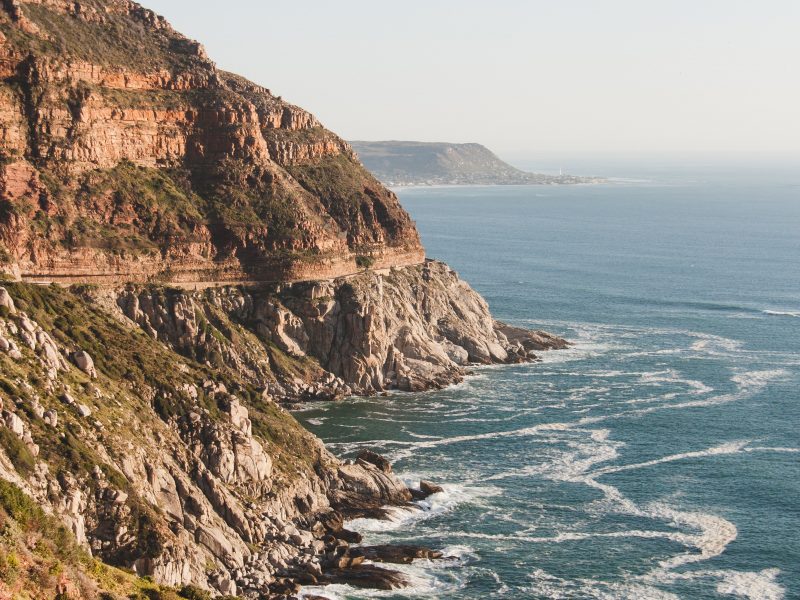 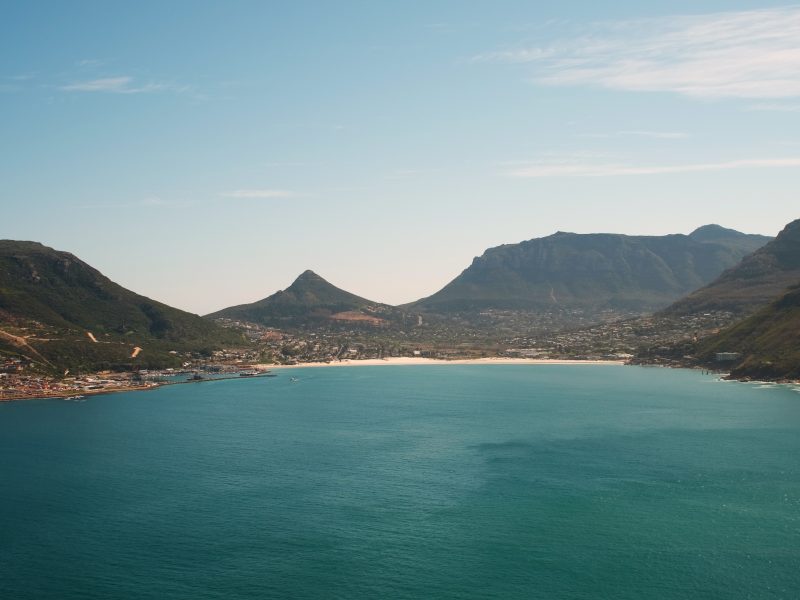 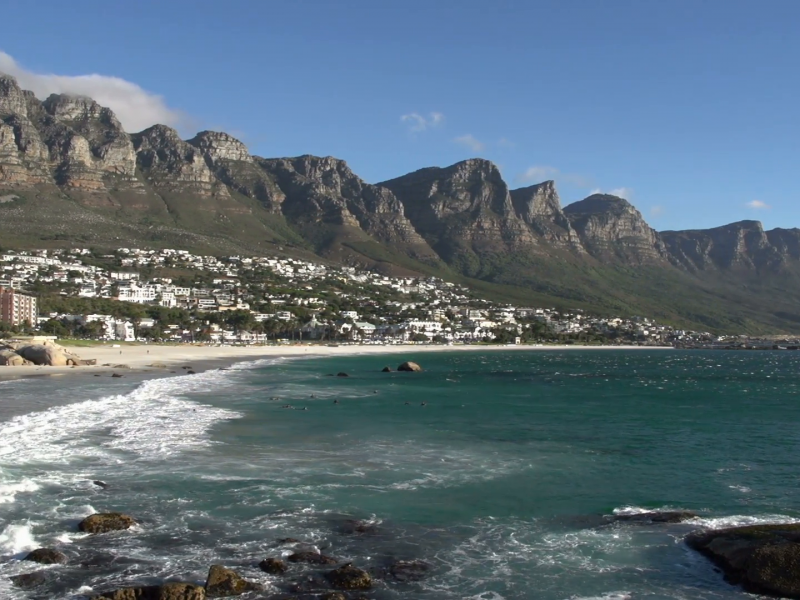